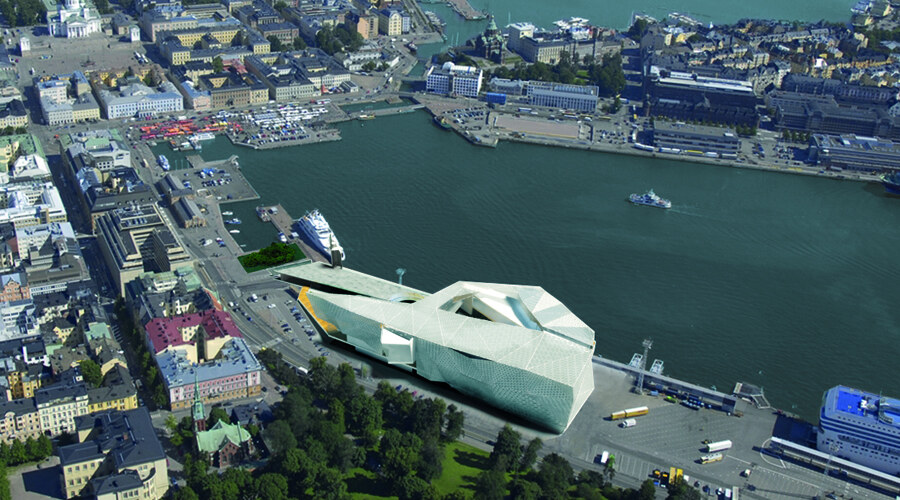 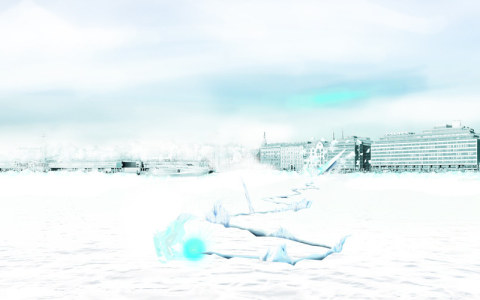 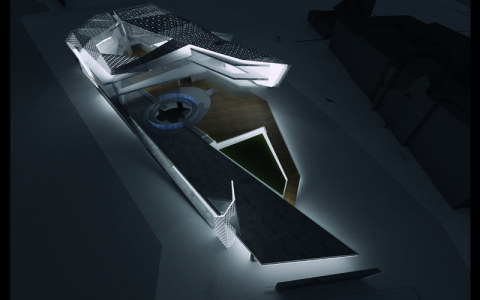 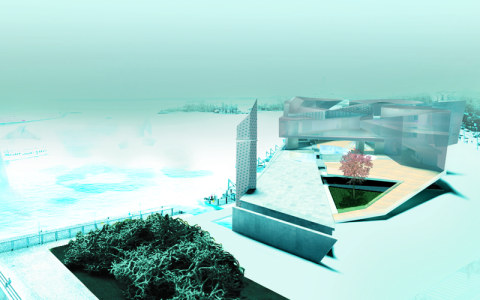 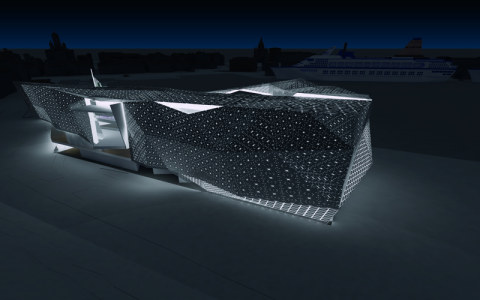 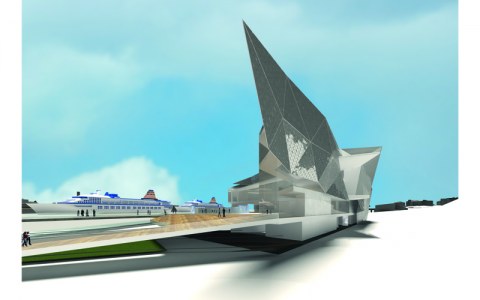 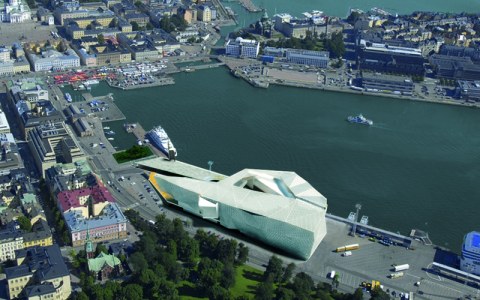 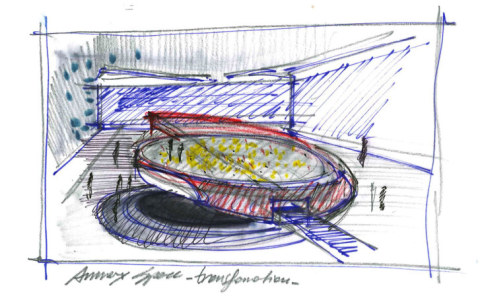 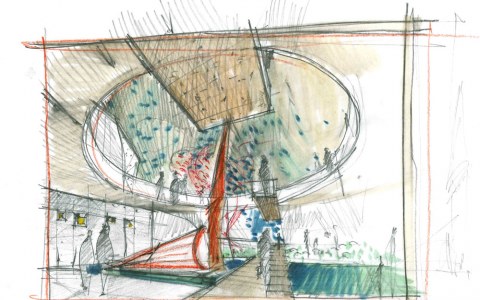 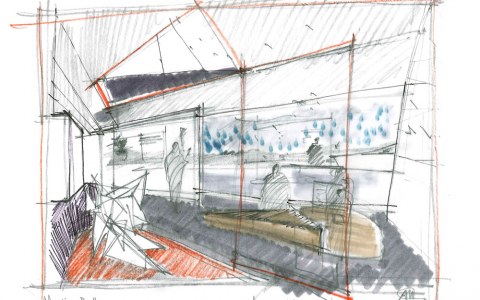 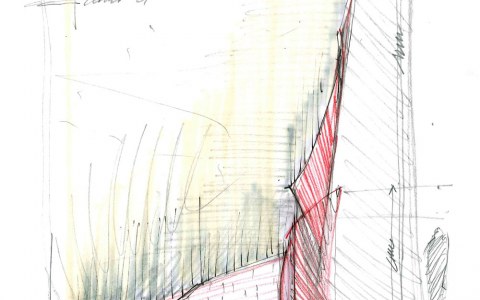 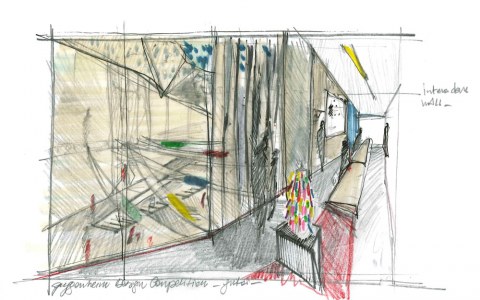 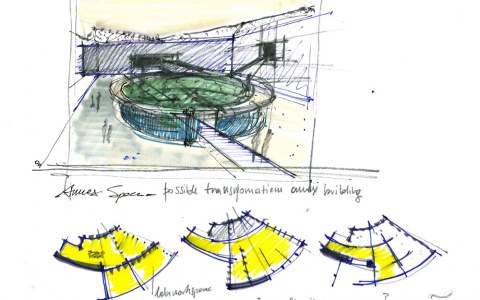 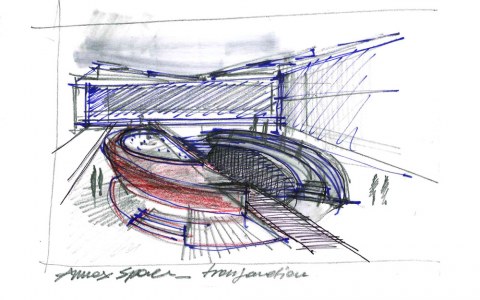 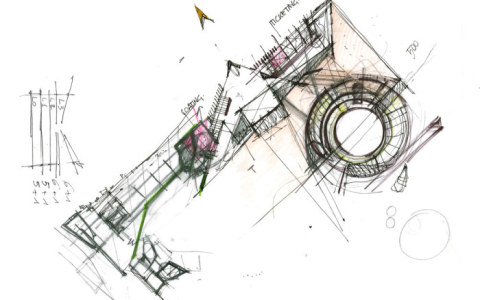 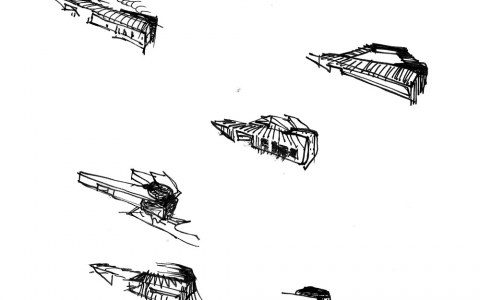 The project Guggenheim Helsinki Museum is focused on revealing that architecture is beyond all reasons an instrument of dialog between man and his umanity. An instrument that can take in charge the urgent necessity to establish new ways of expression of society needs.

Moving to the maximun limit of tension

The main idea that lays within the design composition process is based on the intent of extending architecture beyond its limits. Moving to the maximun limit of tension. Defining that an architecture treshold as no sense anymore. Where architecture, men, art, nature and time will dance into a form that becames a learning system and leaving composition. A space that holds within itself a promise of change and re-equilibrium. A mooving combination of Open elements.

The museum design would like to bring out the potential of Helsinki’s skyline transforming water and urban directions into open sources for forms that trascend their function outreaching and developing a dialog with nature, urbanity and architecture united with the research of an innovative way of leaving and developing the art experience.

The conceptual design lines of the New Guggenheim Helsinki Museum are based on creating an embrace between the waterfront landscape and the Open front of the project composition.

Where the integration of the elements are achieved with the suspended plaza design, the urban core will become an important gathering space for visitors, residents and tourist in all seasons.

This main direction permits continuity towards the Souht Harbor area and between the various museum functions. The linear path is designed to identify a double pedestrian walk, one on the public suspended plaza, and the second based on the urban ground level.

This second path is interrupted only by a center of gravity, a Void that permits interactions with the museum functions, the main exhibition programs, the art information and the artists at work. The design of the Guggenheim Helsinki museum is related on this urgent necessity, to promote the participation between visitators, art and the expirience of the space museum in-itself.

This center void has his focus on the Annex area that will tranform and re-shape the museum image from winter to summer season using a double system  of connection from the outside to the inside. Openess in the concept of the project is a vision of a Unic Space that starts from man and leads us to a new understanding of Art towards forms that are composed like in a fram,  perfectly waiting in a moment of sopsended integration; where man is a leading actor.

The design layout aims to announce a space able to enhance not only a visionary idea of architectonic space, but the criteria for a future Model of approaching the public space as a  key cultural destination for the community. Where the essence of local materials integrated in the project principle reacreate the environmental identity; finnish ideals influence the materials choises in the design project language, vibrating in harmony with nature of finnish sorroundings. The second skin is the way in which the architectural composition value speaks in terms of light and shadow, seaching for the perfect moment of direct conjunction where man can expirience movement of continuety. Toward the Unfinished architectonic ideals. 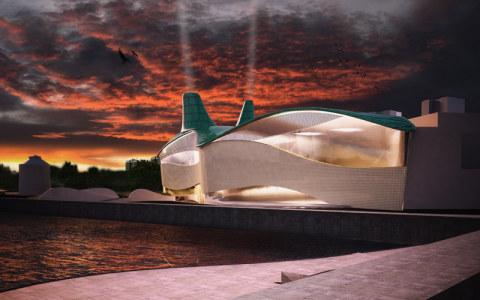 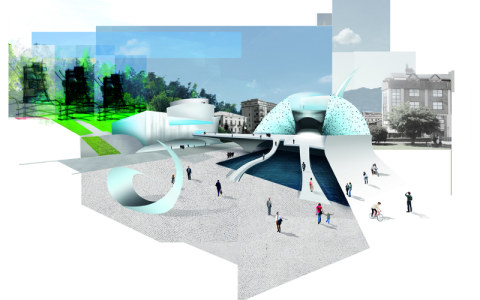 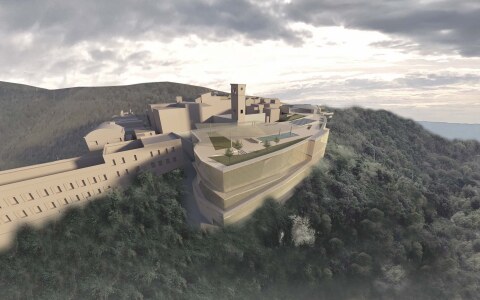 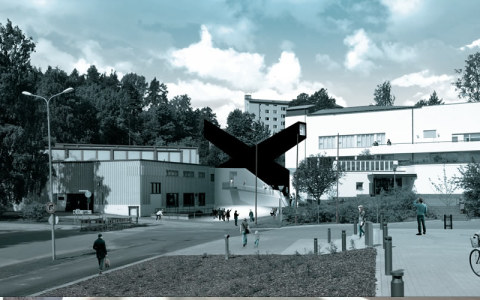 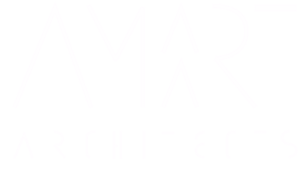